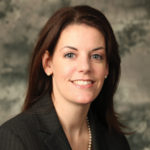 In her role, Carolyn leads the Institute’s workforce efforts to close the skills gap and inspire all Americans to enter the U.S. manufacturing workforce, focusing on women, youth, and veterans. Carolyn steers the Institute’s initiatives and programs to educate the public on manufacturing careers, improve the quality of manufacturing education, engage, develop, and retain key members of the workforce, and to identify and document best practices.

Carolyn is a graduate of Gettysburg College in Gettysburg, Pennsylvania, graduating with a B.A. in Political Science. She resides in Northern Virginia with her husband and three children. 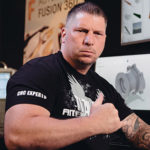 After serving time in prison for fighting, Titan decided to embrace something new. He started at a machine shop as a saw operator and sought to learn everything he could. His dedication allowed him to climb higher and higher until he became the shop supervisor. With all the experience and knowledge he gained, he decided to open his own CNC shop in 2005. Twelve years later, the shop specializes in manufacturing parts for medical, subsea, and aerospace.

Titan also hosts a television series, TITAN American Built, featuring diverse groups of manufacturers all over the country. It’s currently in its 3rd season which airs every Monday night on MAVTV. Titan’s passion for the manufacturing community inspired him to create the TITANS of CNC Academy. His free online education platform features a wide variety of beginning to advanced video tutorials for CAD/CAM/CNC, prints, setup sheets, and inspection documents for those seeking to improve their skills. 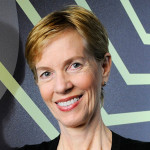 In her role as president of CMTA, a statewide trade association solely dedicated to advocating on behalf of California’s manufacturing and technology companies, Dorothy regularly speaks to policymakers, media, and civic groups about the importance of manufacturing investment and job creation and on how well-designed laws and regulations can promote environmental protection, public health, and economic prosperity. Prior to becoming president, Dorothy was the chief lobbyist for CMTA and chaired a coalition of business and taxpayer organizations interested in California’s ground-breaking climate change law.

Dorothy graduated from University of Oregon and Lewis and Clark Law School, joining the Oregon Bar in 1980 and the California Bar in 1997. 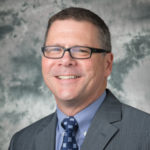 Todd works directly with Jay Timmons, NAM President and CEO, to lead all aspects of the NAM’s internal operations. He manages the finance and administration division, along with overseeing the membership and strategic development divisions. He also serves as a member of The Manufacturing Institute’s Board of Directors.

Todd co-founded Meshfrog Inc., a consulting company, where he worked with companies to tackle issues in aligning their technologies with their business objectives. Todd served as president of Nexa Technologies, a multimillion-dollar software company that builds and hosts stock-trading platforms for a variety of firms located in the United States and Canada.

Todd holds a degree in social psychology from The University of Southern California. He splits his time between Washington, D.C. and his home in Tustin, California. 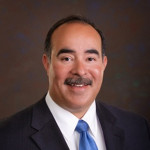 “With 27,000 square miles and California’s fastest growing population, we are truly building an empire. Railroads have helped catalyze this growth and will continue to foster it as they invest substantially in the rail network that connects Inland Empire to the world.” -IEEP President and CEO Paul Granillo

Paul Granillo became President and CEO of the Inland Empire Economic Partnership in 2010. He serves on the board of Mobility 21, a coalition that pursues regional solutions to transportation challenges. Additionally, Granillo serves on the Southern California Association of Governments Global Land Use and Economics Committee, the Board of Directors for The Community Foundation serving Riverside and San Bernardino counties, Cal State San Bernardino’s Foundation Board, the Leonard Transportation Center Advisory Board and Regional Economic Alliance Leaders of California.
A native of the Inland Empire, Granillo was born and raised in Redlands. He received a B.A. from California State University San Bernardino, a Master of Divinity from St. John’s Seminary in Camarillo and a Licentiate in Canon Law from the Catholic University of America in Washington, D.C. 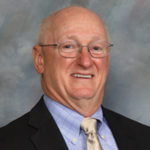 Rod Hoover is the Manager of Human Resources for the corporate offices and all operating units of California Steel Industries, Inc. in Fontana, California.  Over the last 18 years, he has been responsible for the recruiting, training, compensation, benefits, payroll, and employee relations for CSI’s 1000+ non-union manufacturing employees who generate $1.2 Billion in annual sales revenue.  He also serves on the Executive Committee of the Manufacturers’ Council of the Inland Empire.

Rod was a key player in the implementation of the innovative and successful public private partnership with Chaffey College to launch the Industrial Technical Training Center (InTech Center) on California Steel ‘s campus to develop skilled craft maintenance employees for over 400 local manufacturing and distribution companies.

Rod has an Executive M.B.A. from Claremont Graduate University, and a B.A. in Psychology from UC Riverside.  He has worked for various manufacturers/distributors in California including Toyota Motor Sales, Weber Aircraft, Johns Manville and Transamerica Delaval. 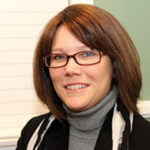 Lisa Anderson is the founder and president of LMA Consulting Group, Inc., a consulting firm that helps manufacturers and distribution organizations innovate, elevate, and transform their end-to-end supply chain to align with customer demand.  Lisa has recently published I’ve Been Thinking, an inspiring collection of 101 strategies for creating bold customer promises and profits. She is a regular content contributor on topics including supply chain, ERP, and SIOP. She is regularly interviewed and quoted by publications such as Industry Week, tED magazine and The Wall Street Journal.